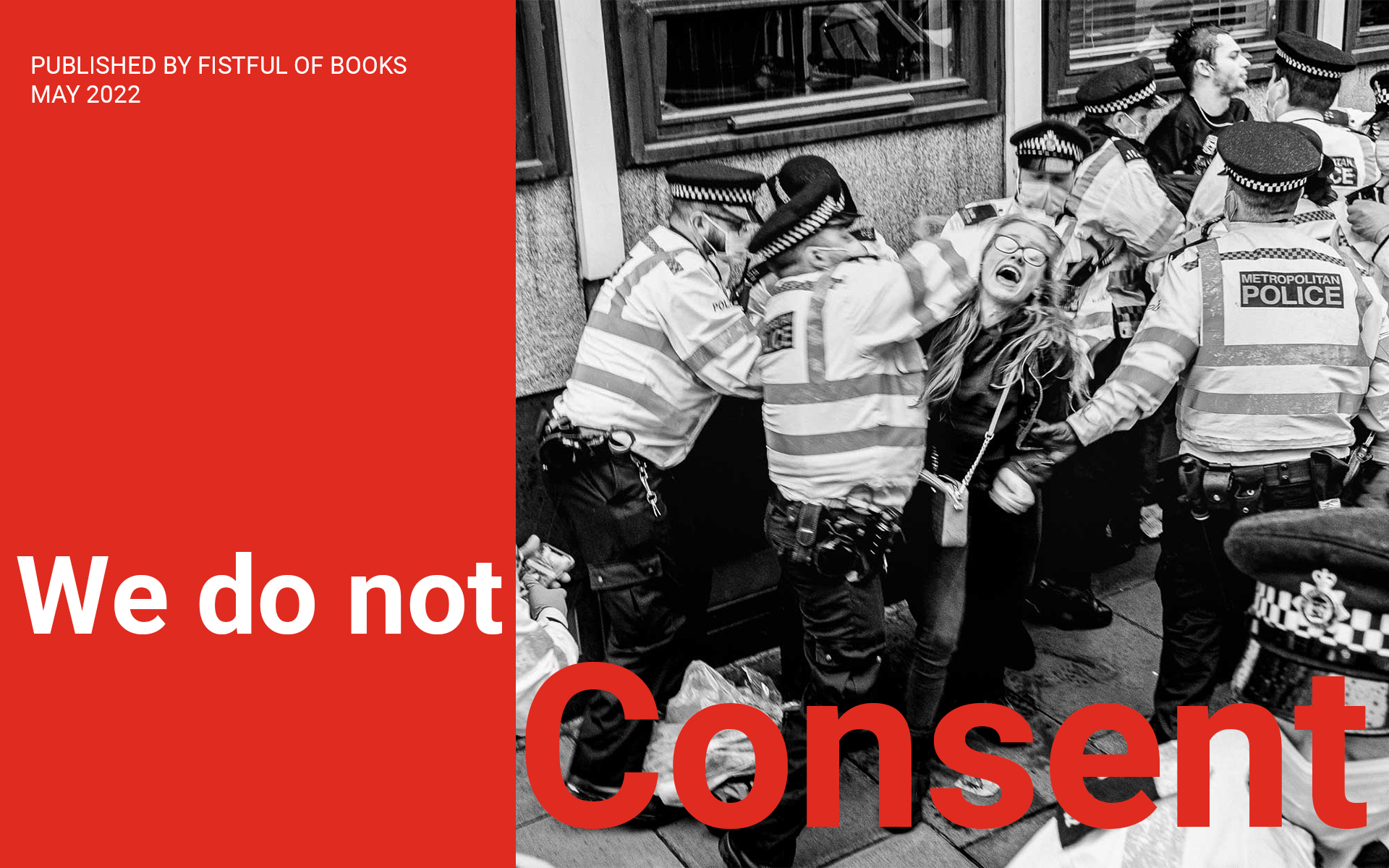 We Do Not Consent: Policing, Protest and the Pandemic

Published by Fistful of Books

We Do Not Consent is an in depth look at the protests and demonstrations that took place in London during Covid lock downs. It examines the use of police powers, the behaviour of sometimes angry crowds, and the tactics that the police used to control them.

We Do Not Consent started as a cry of defiance from angry anti-lock down protestors confronting heavy handed policing with an often violent response. But in the aftermath of the murder of Sarah Everard at the hands of a police officer, and the authoritarian proposals of the Police, Crime and Sentencing Bill, the slogan took on a more considered meaning.

Many of the dozens of protests featured in this book would be illegal under the proposals of the Bill, or the currently proposed Public Order Bill. These pieces of legislation will outlaw a demonstration that ‘causes a nuisance’ and punishes protest tactics such as locking on or blocking roads, with up to 51 weeks in prison.

Shot on the streets of London as a black and white documentary project, this photo book covers the protests that made headlines during the period May 2020 to May 2021 when despite lock down laws making protest virtually illegal, tens of thousands of people took to the streets to protest Black Lives Matter, the murder of Sarah Everard and the Anti-Vaxx movement.

It also reveals what happened at other equally volatile protest including clashes between pro-Palestinian and pro-Israeli groups, and what happened when Nigerian anti-corruption protestors met supporters of British Farming. 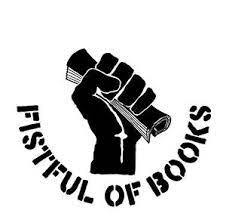 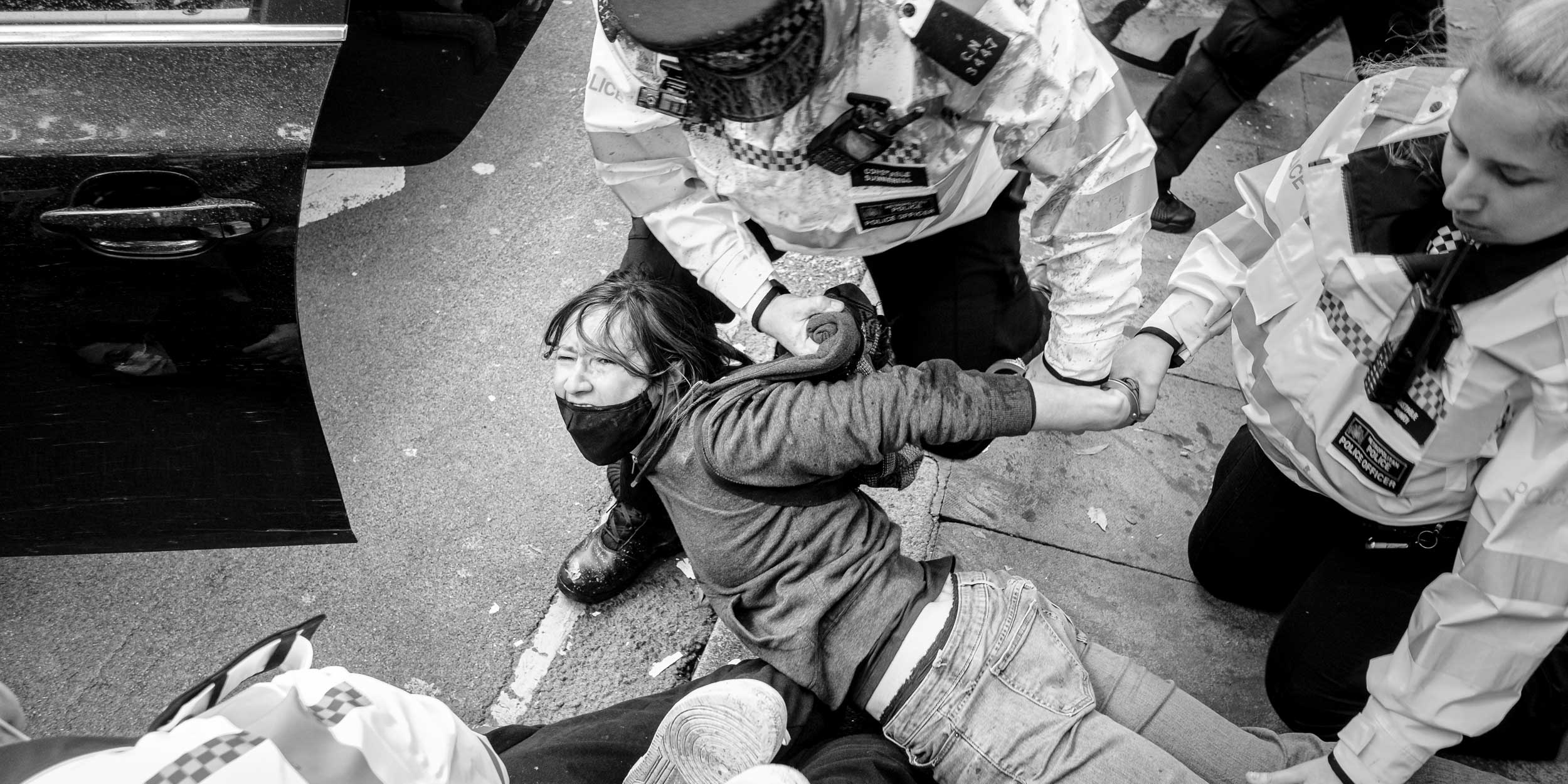 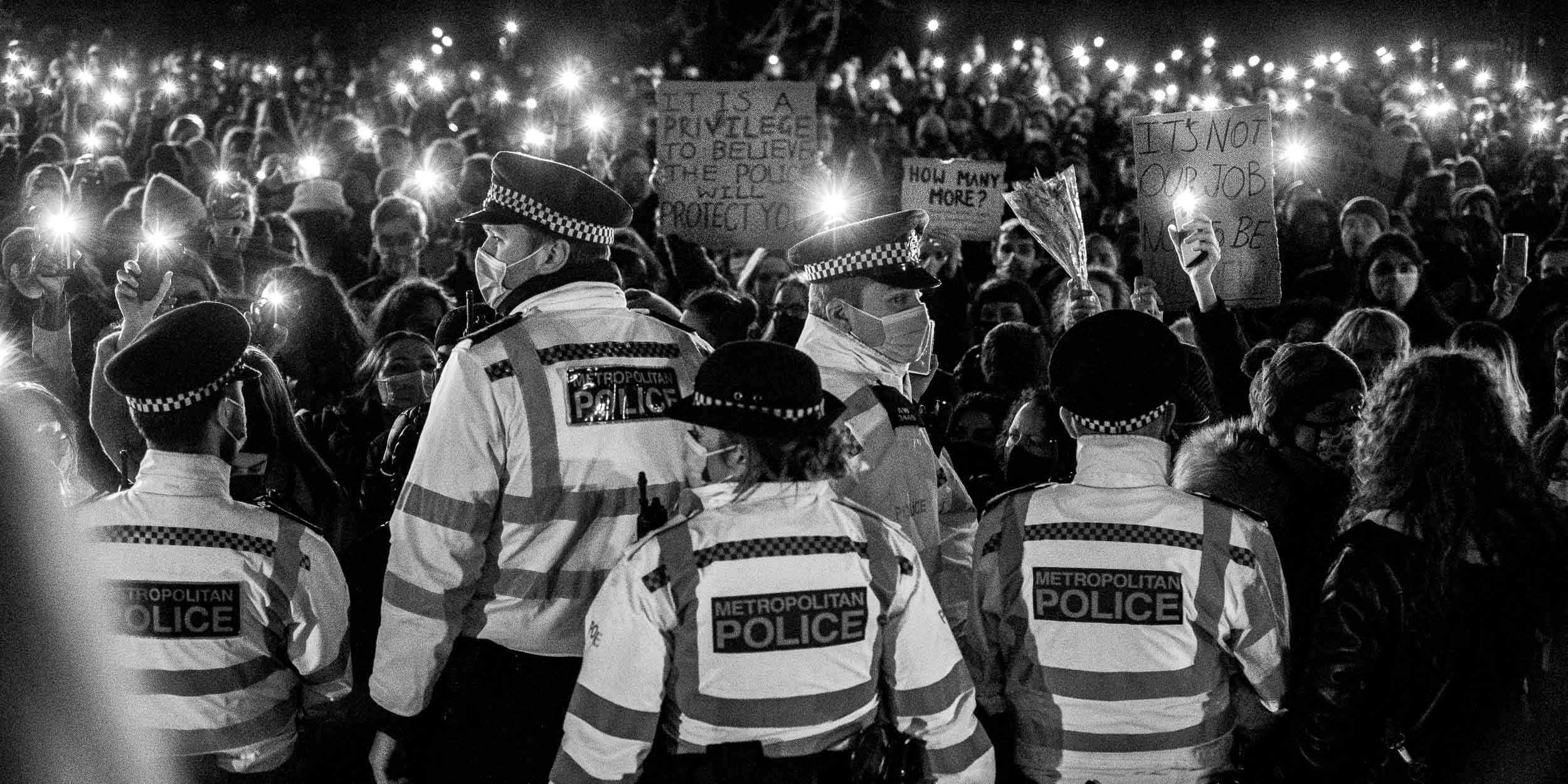 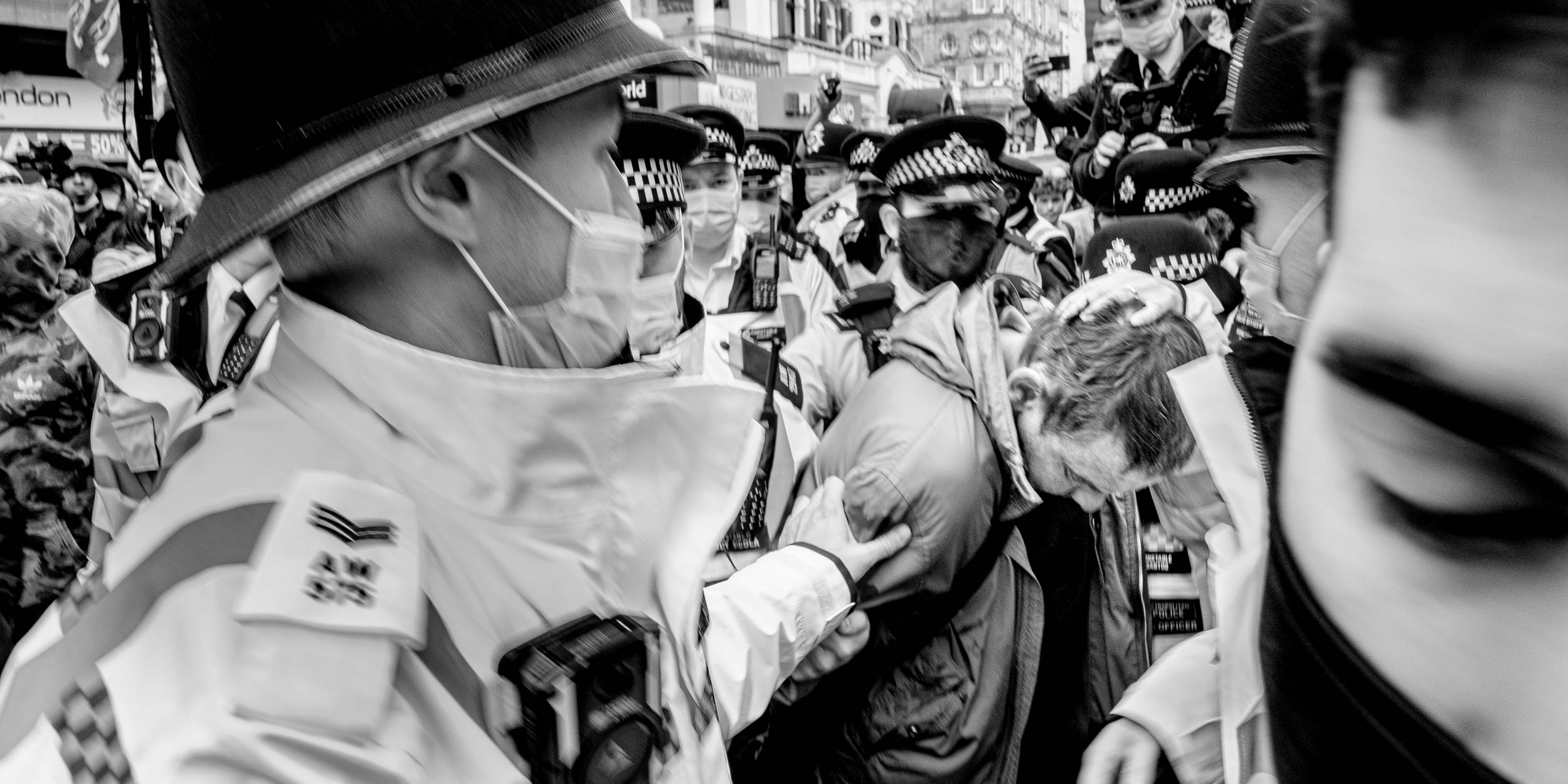 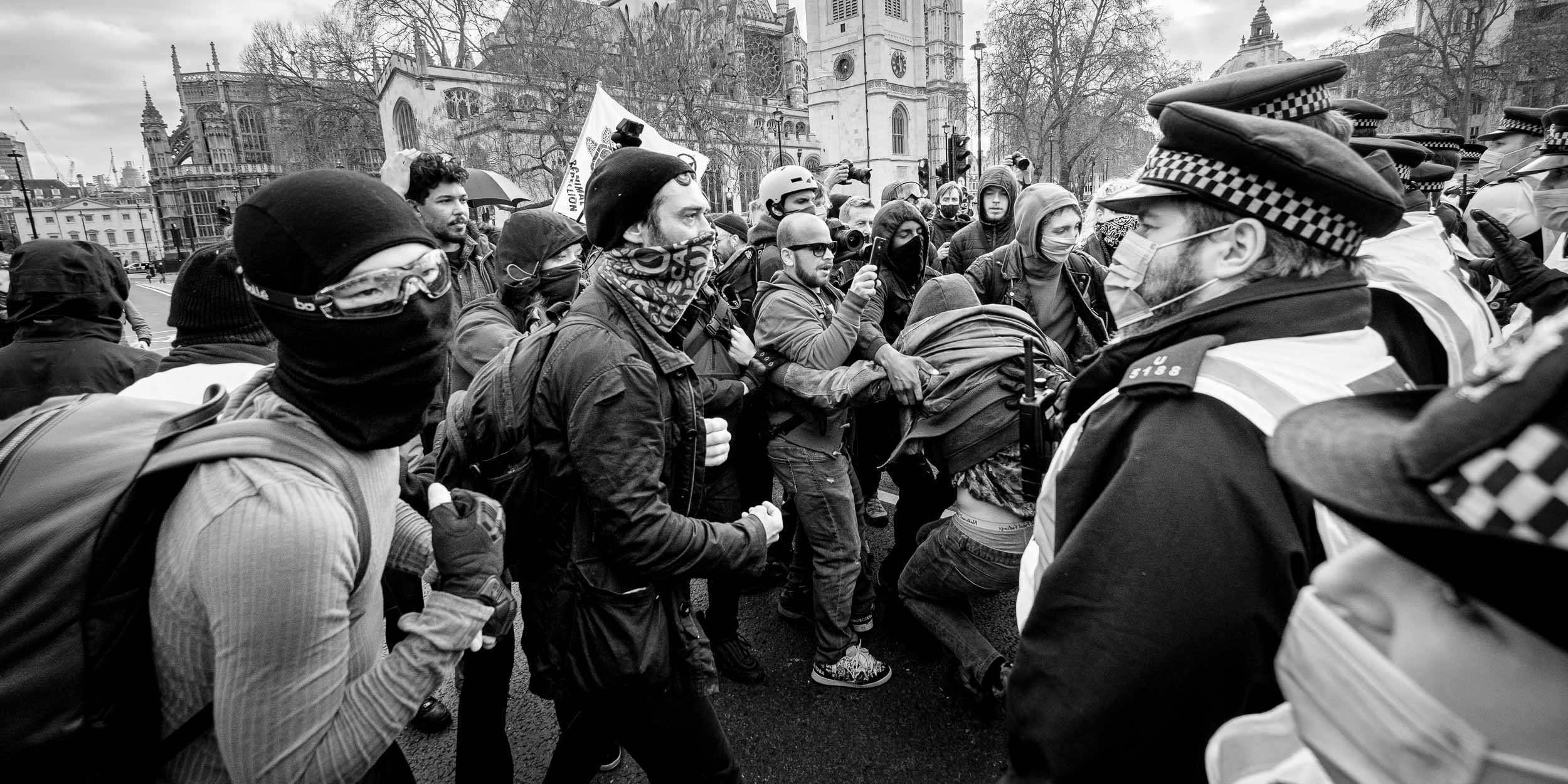 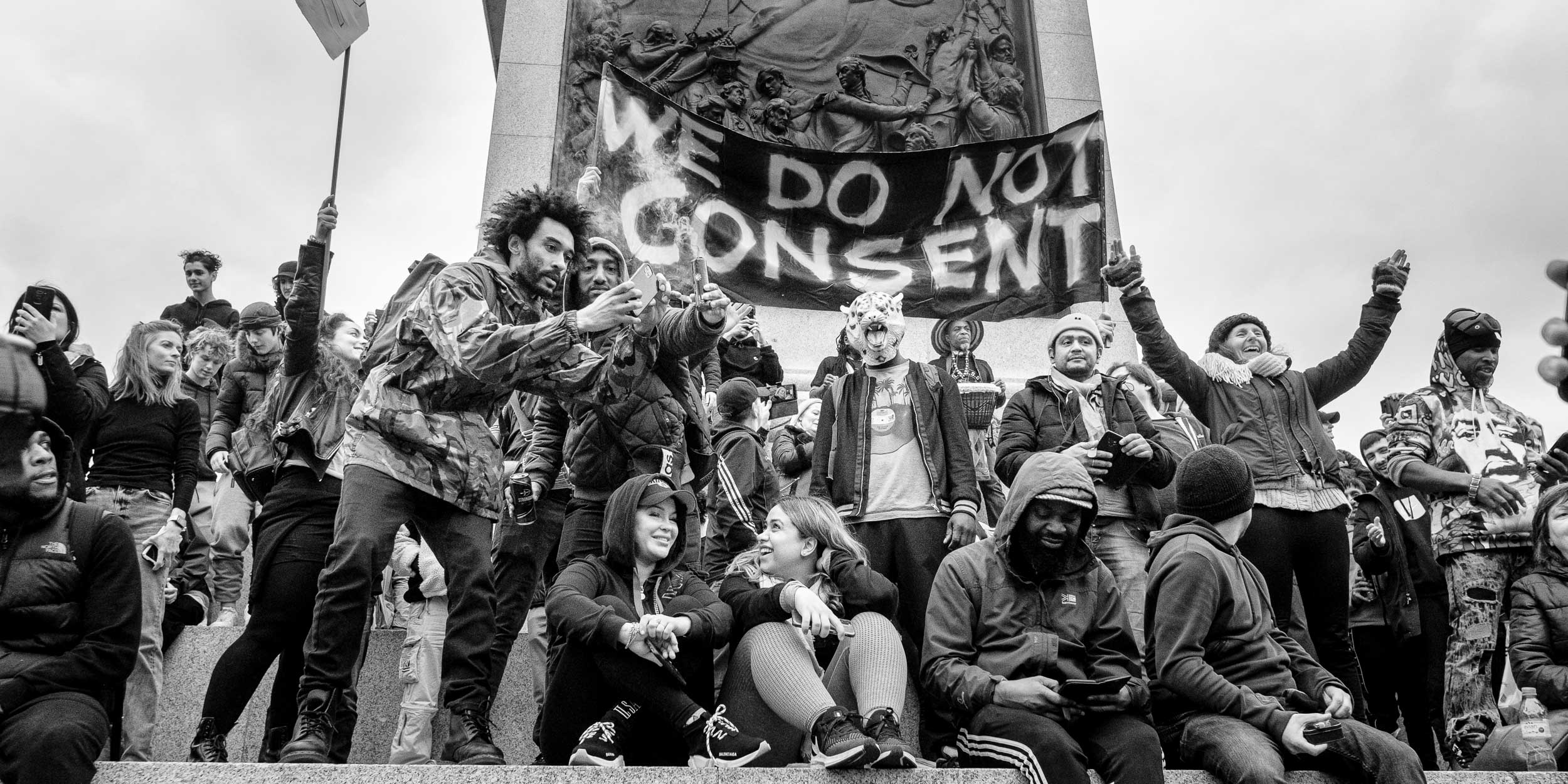 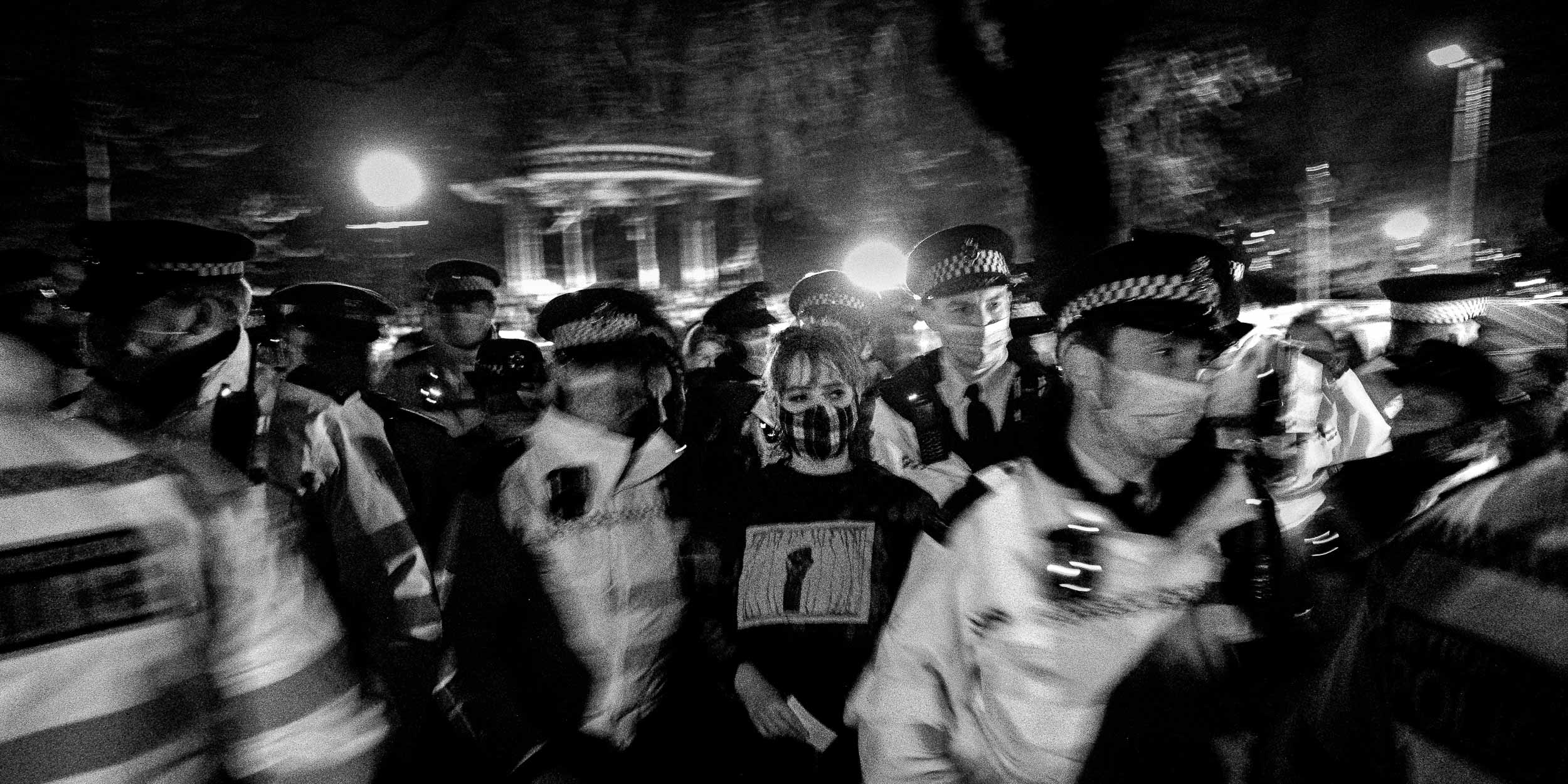 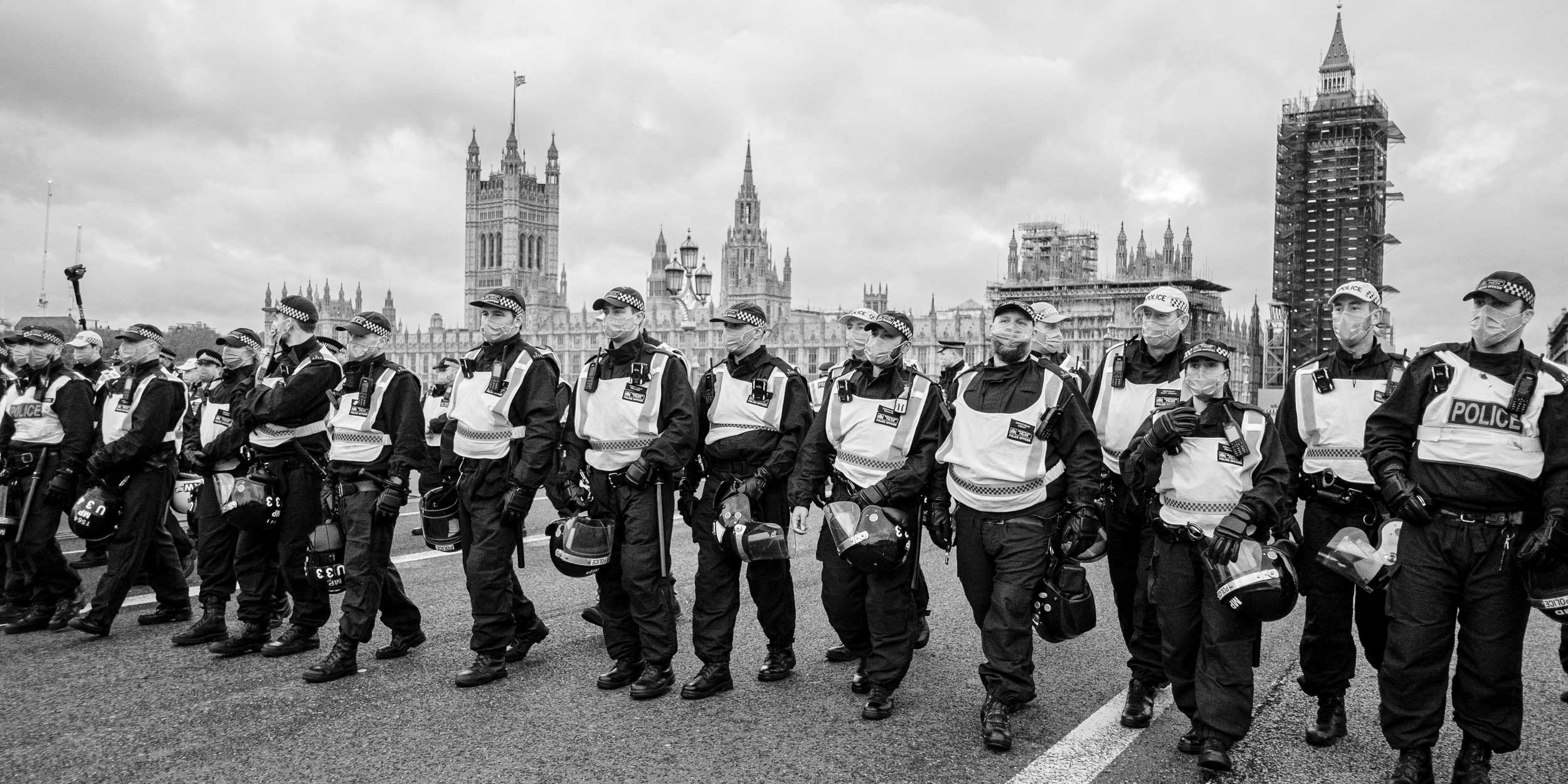 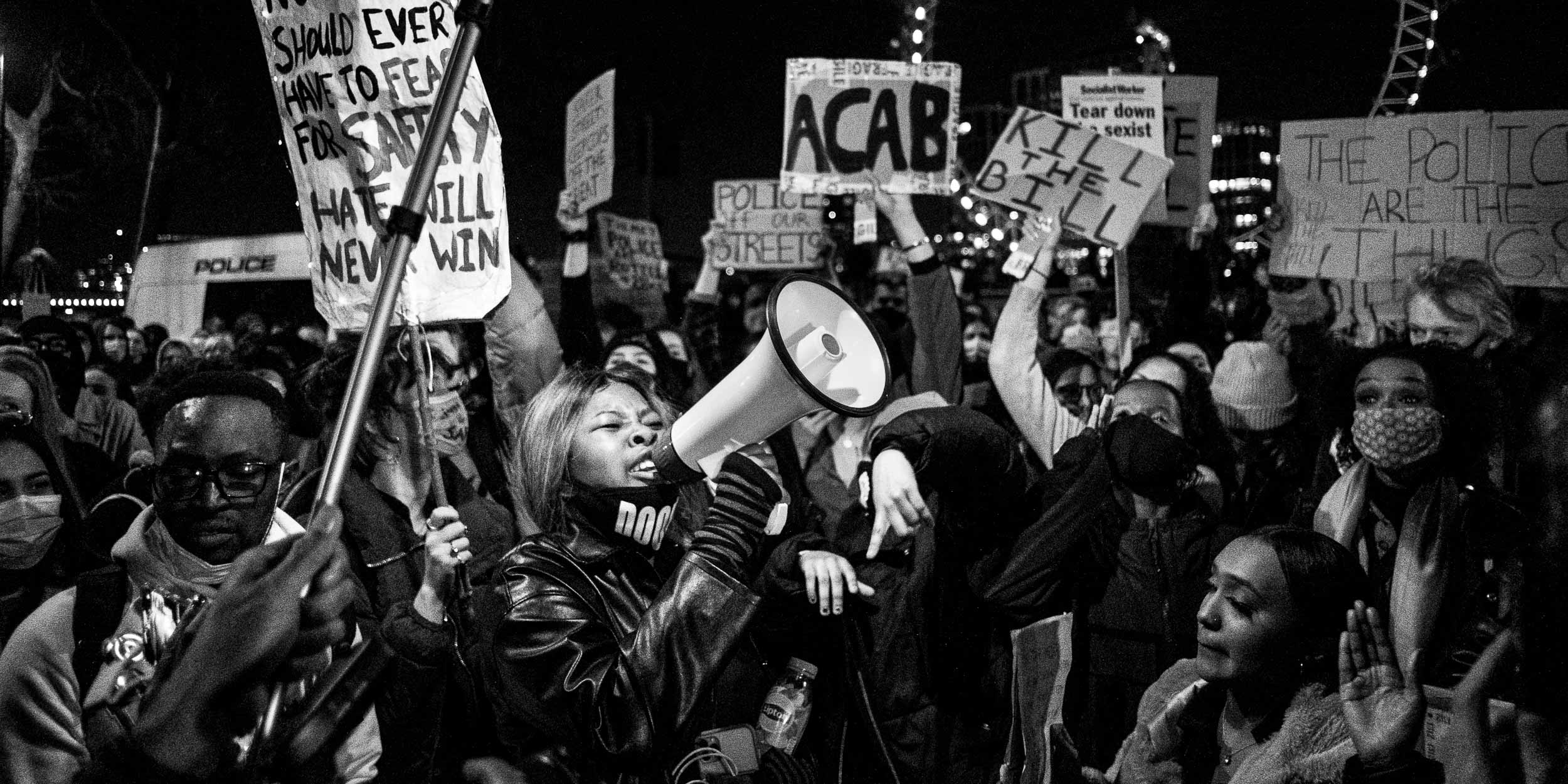 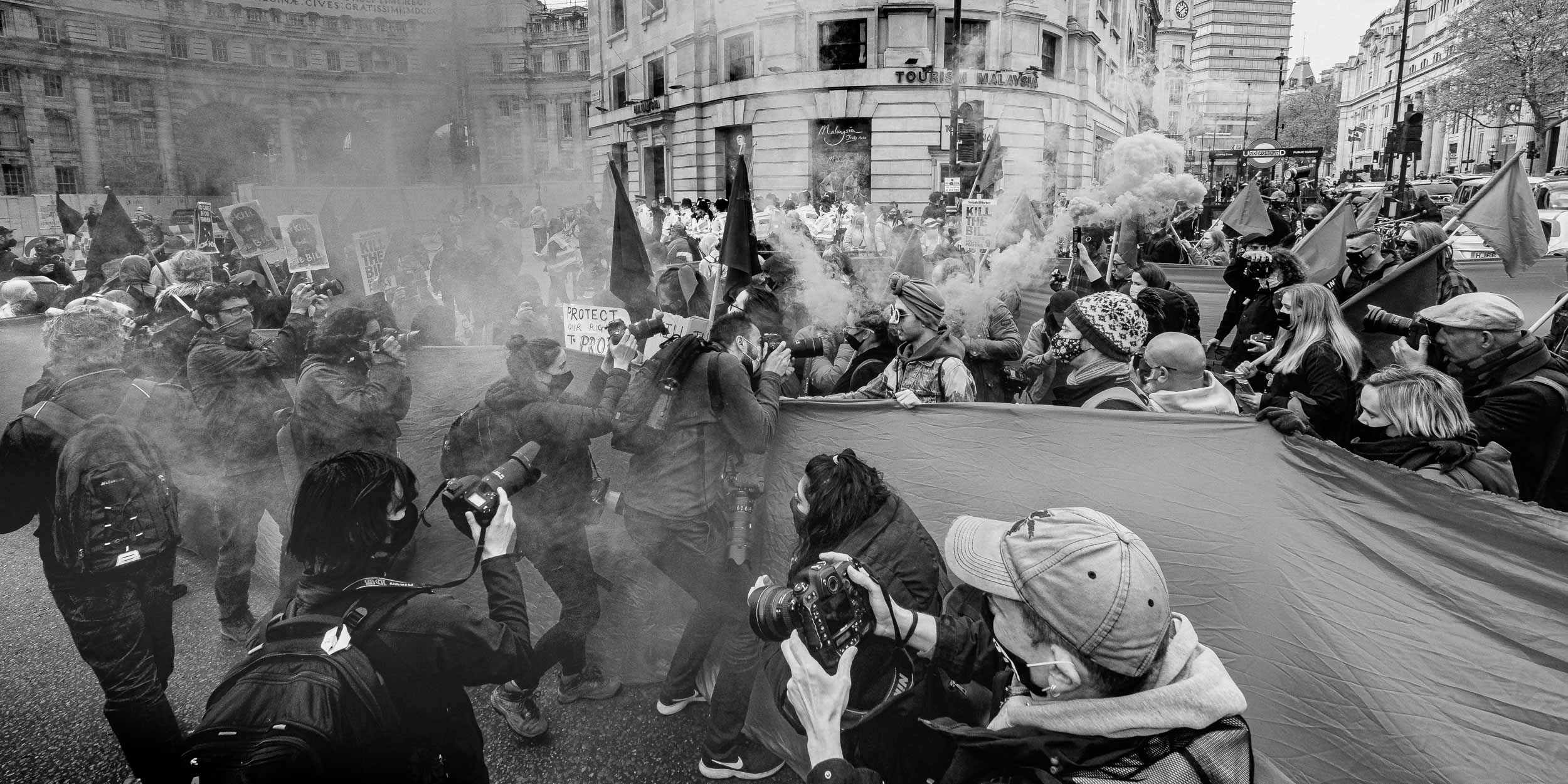 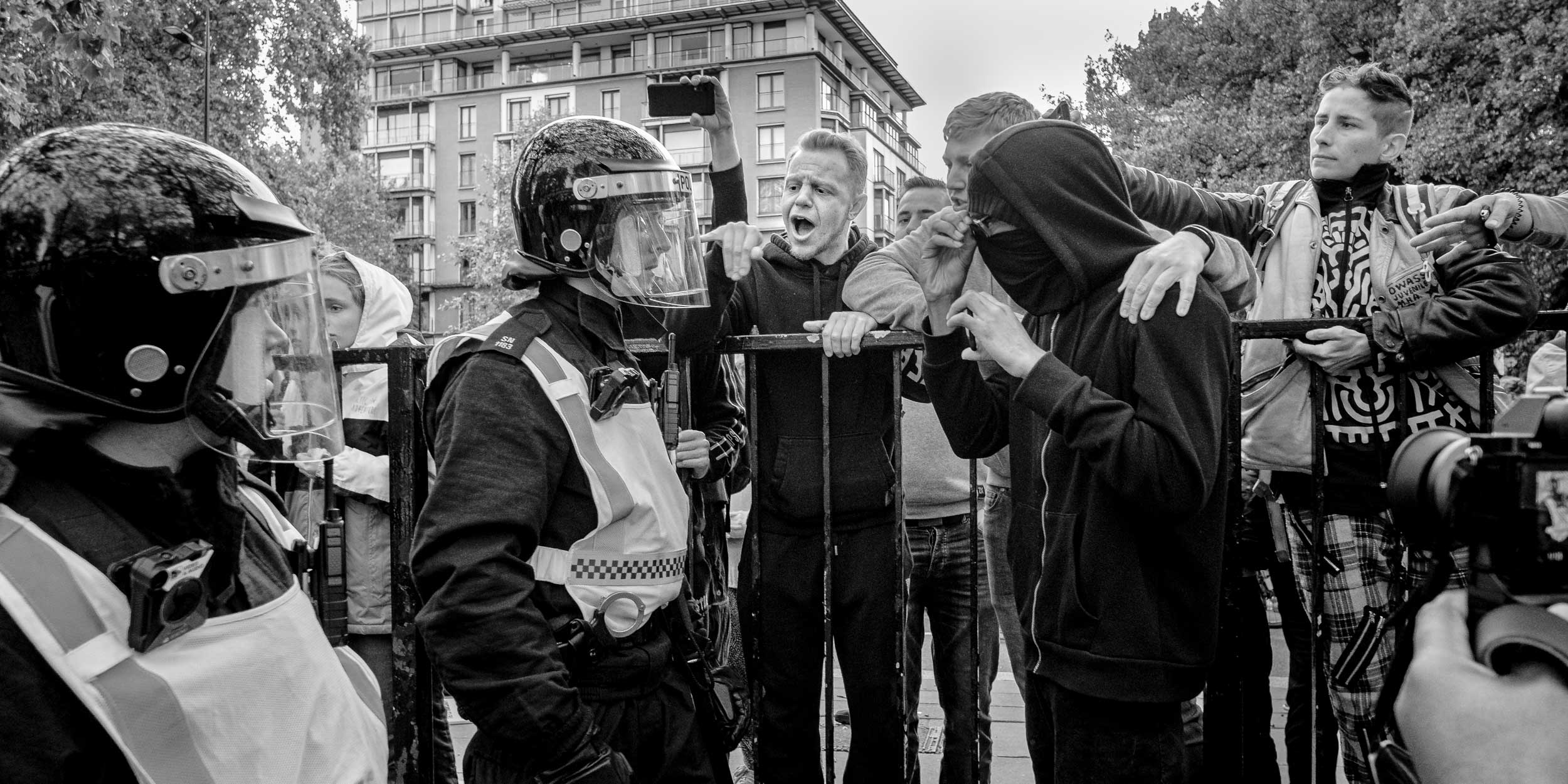 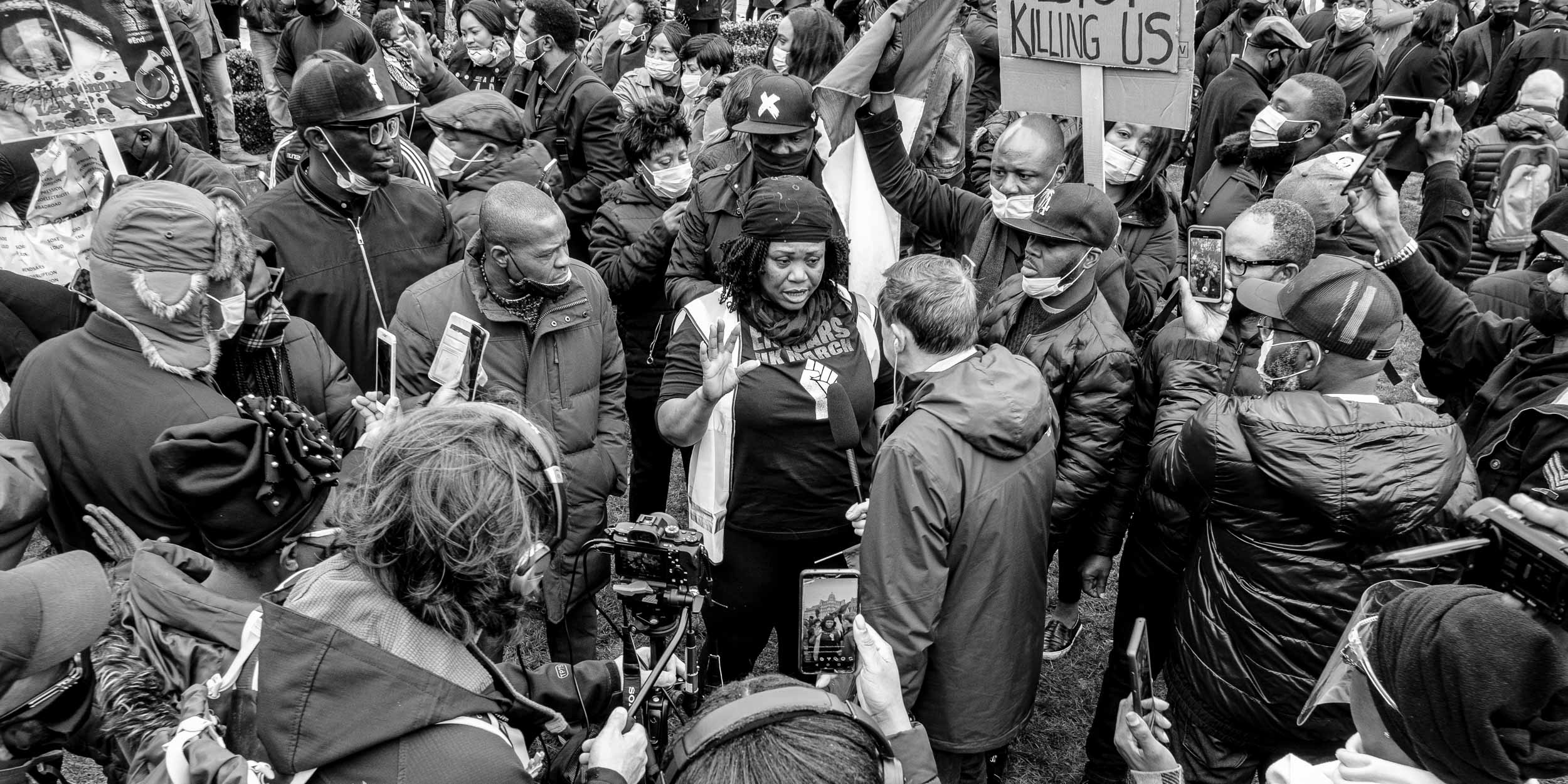 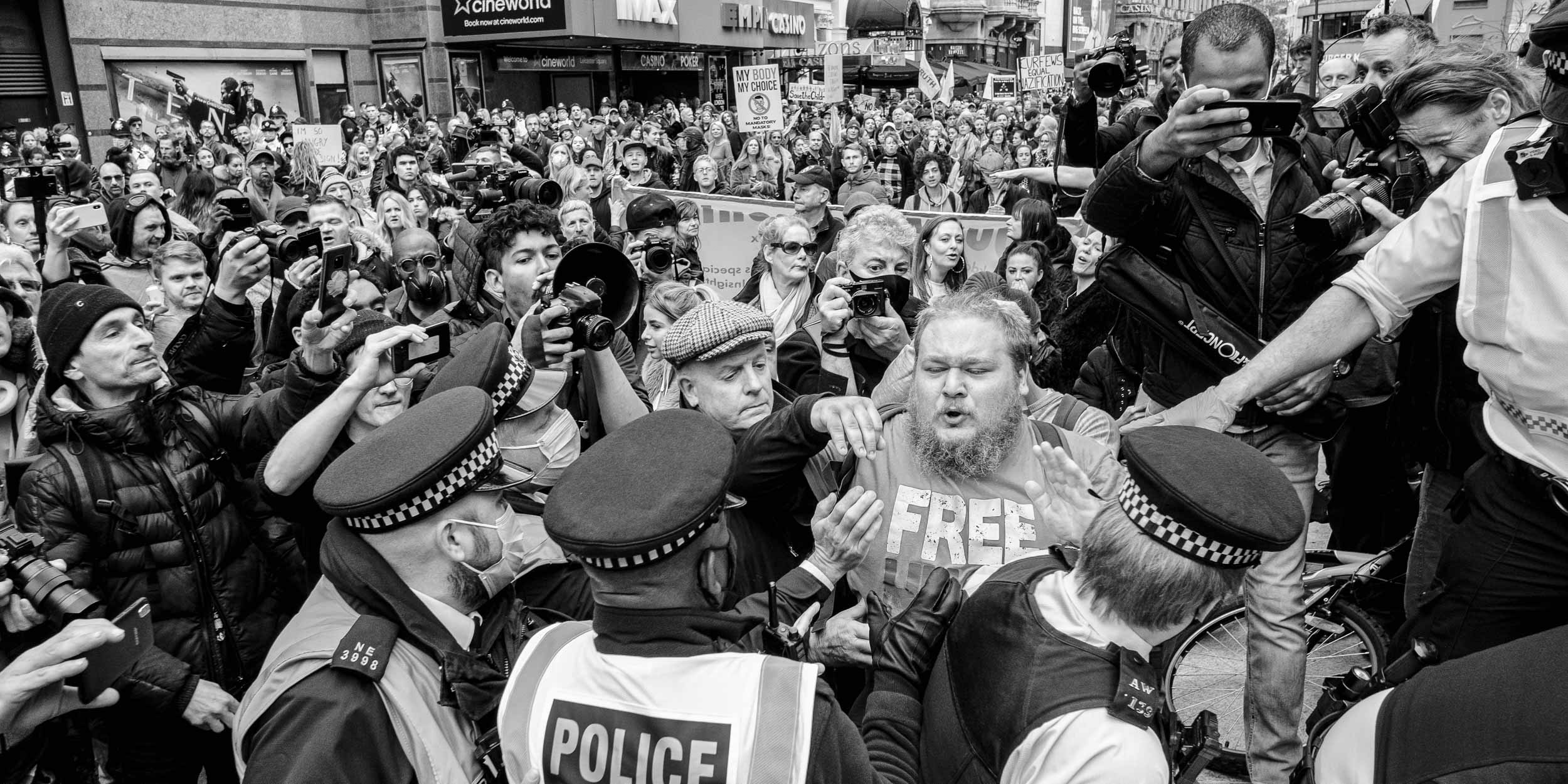 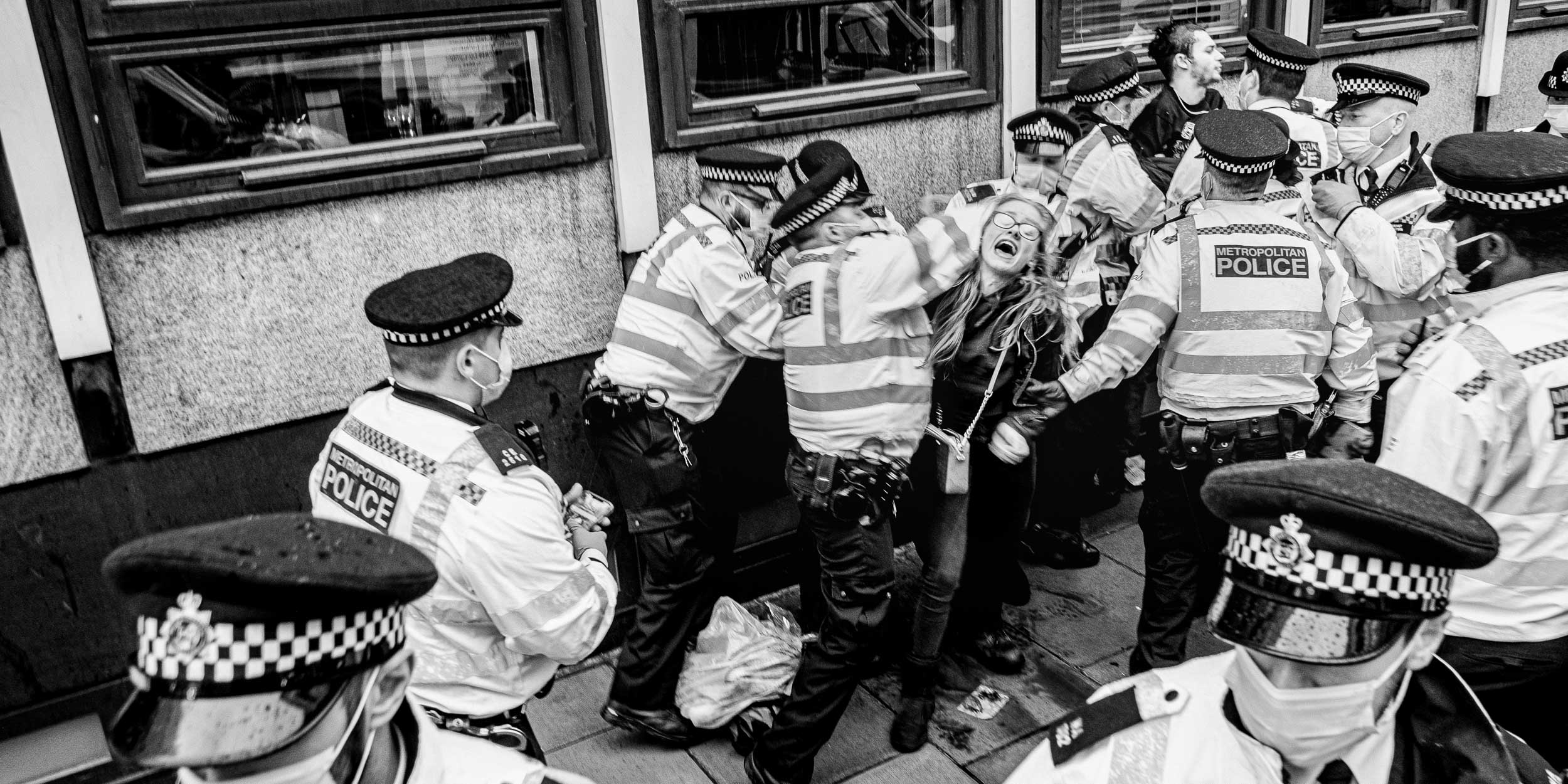 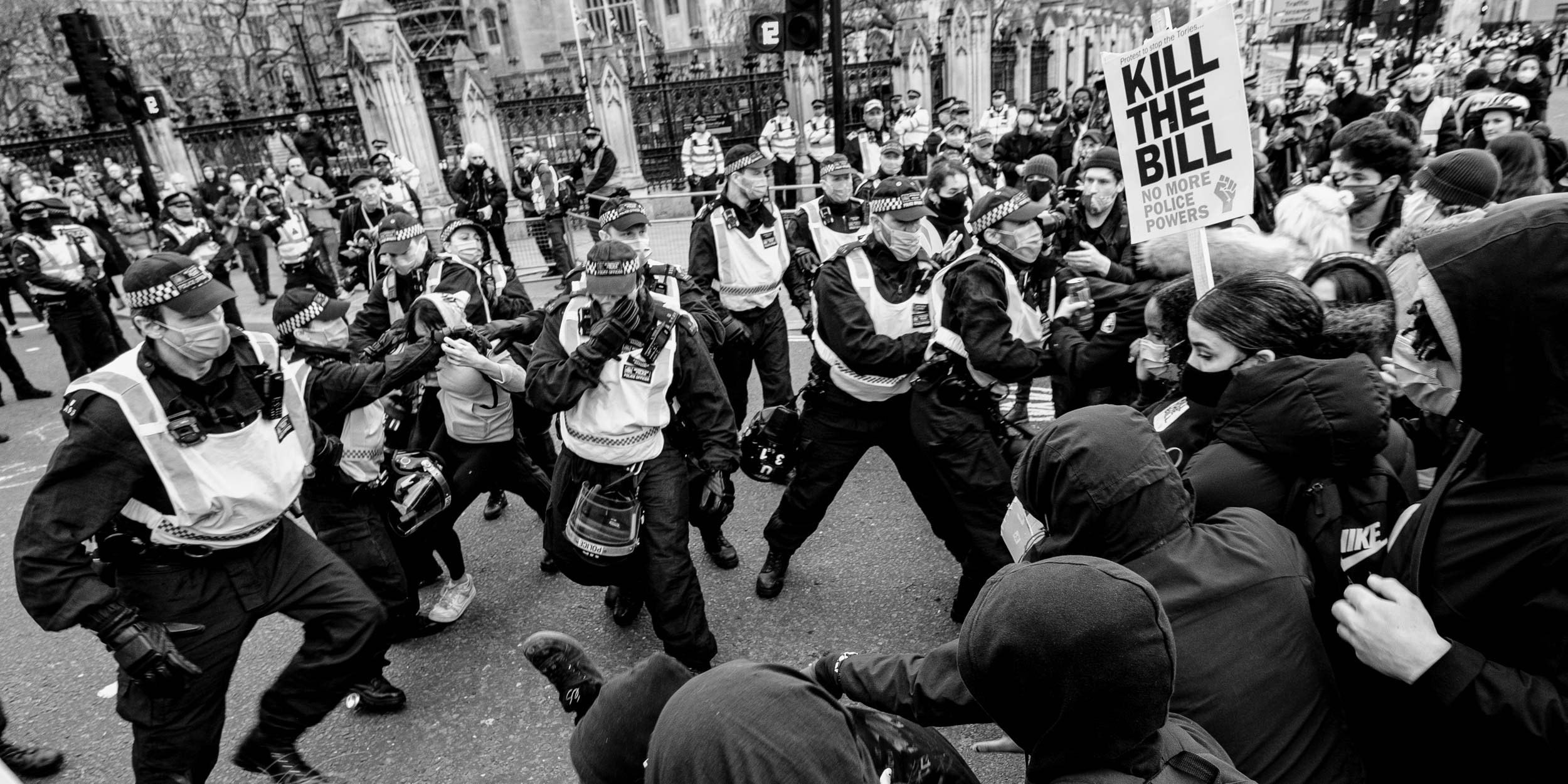 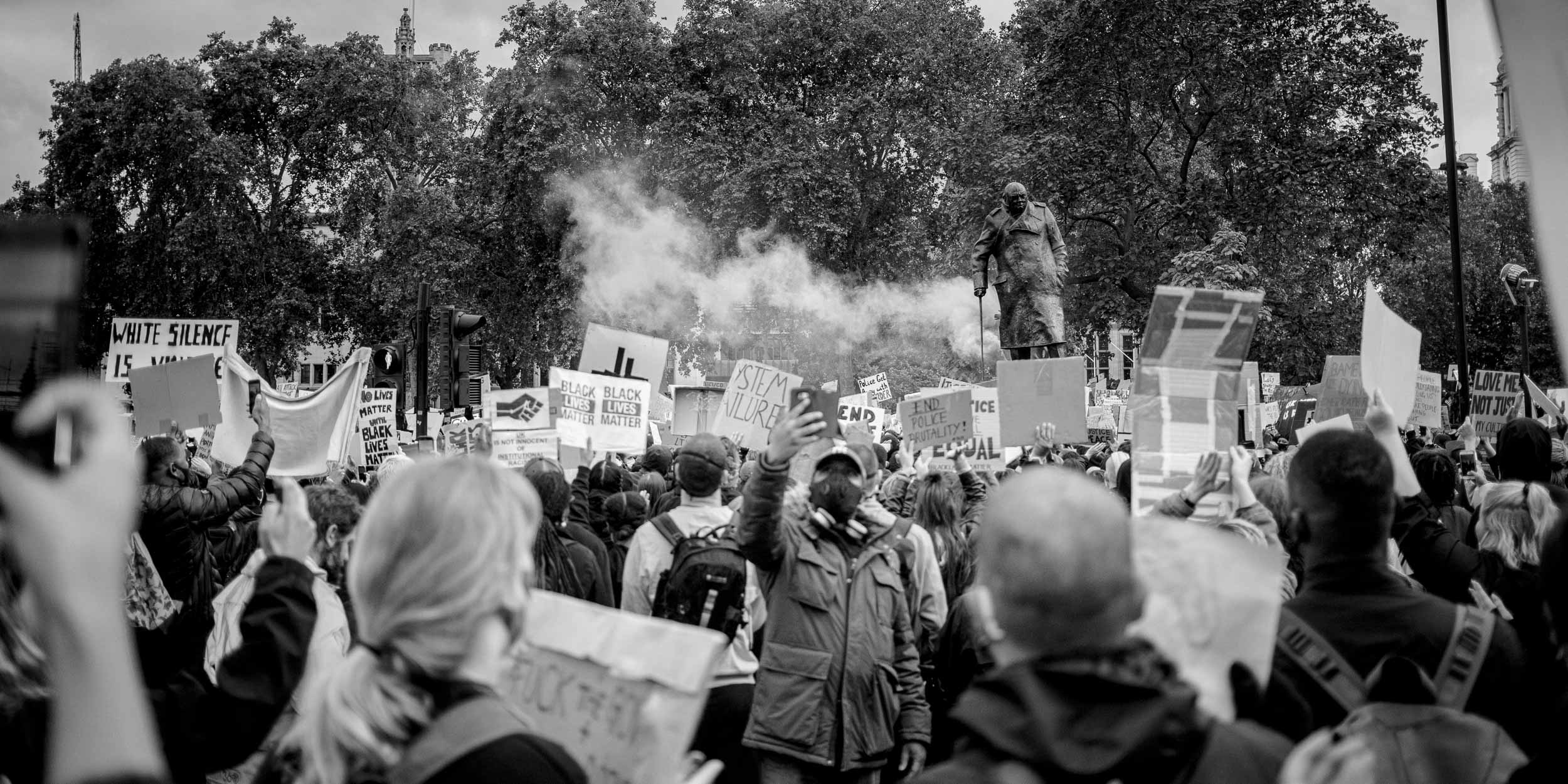 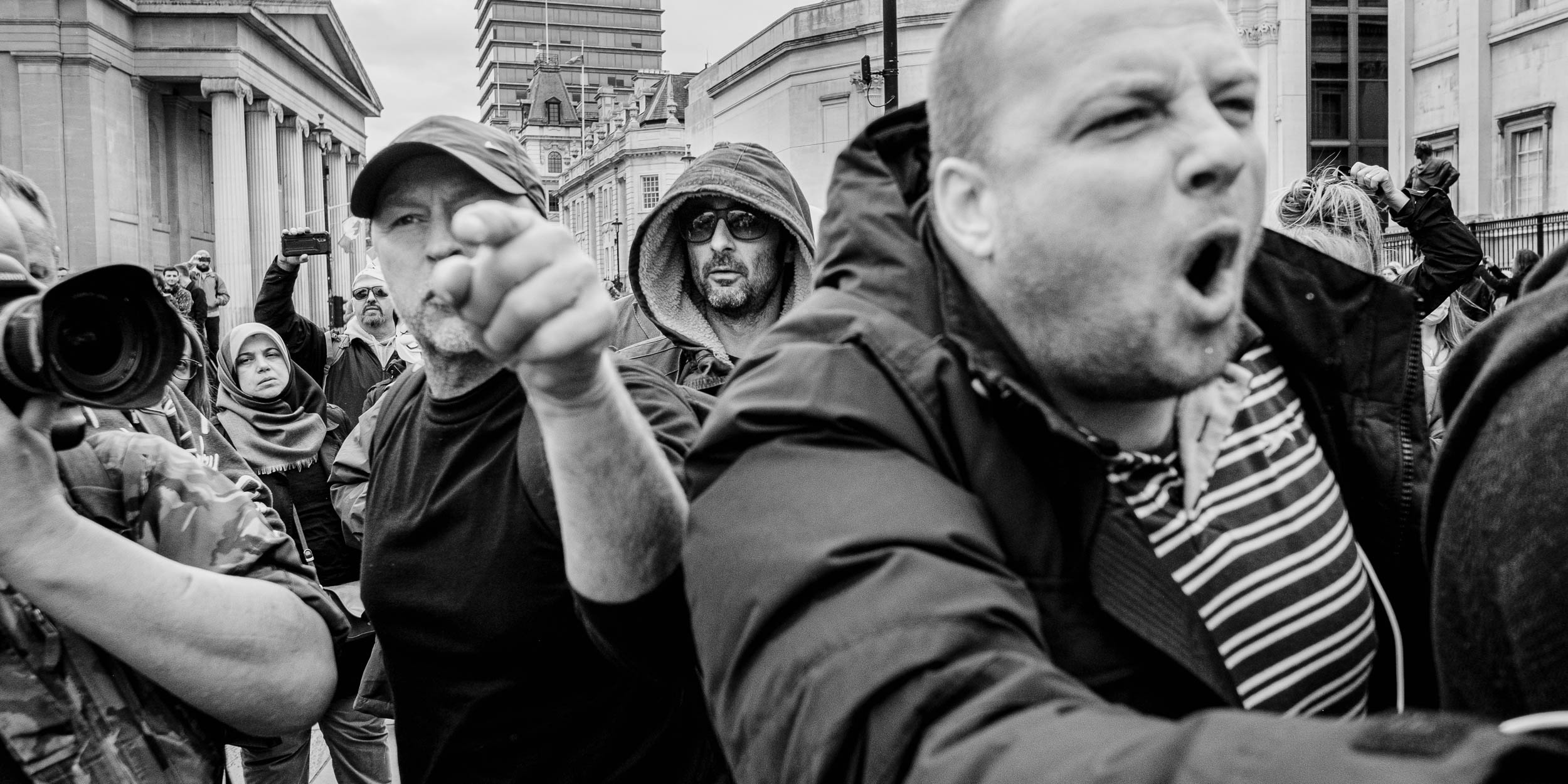 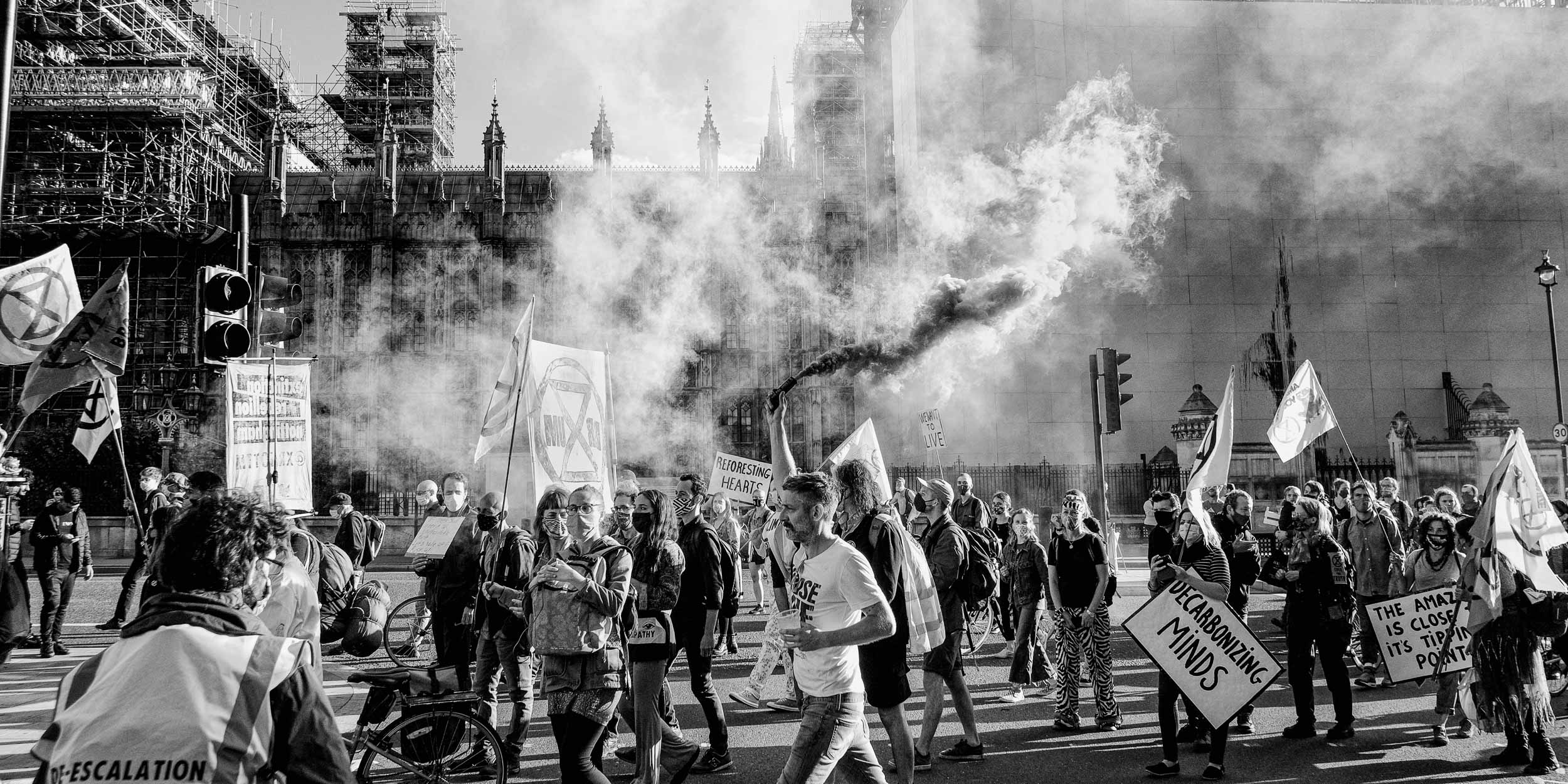 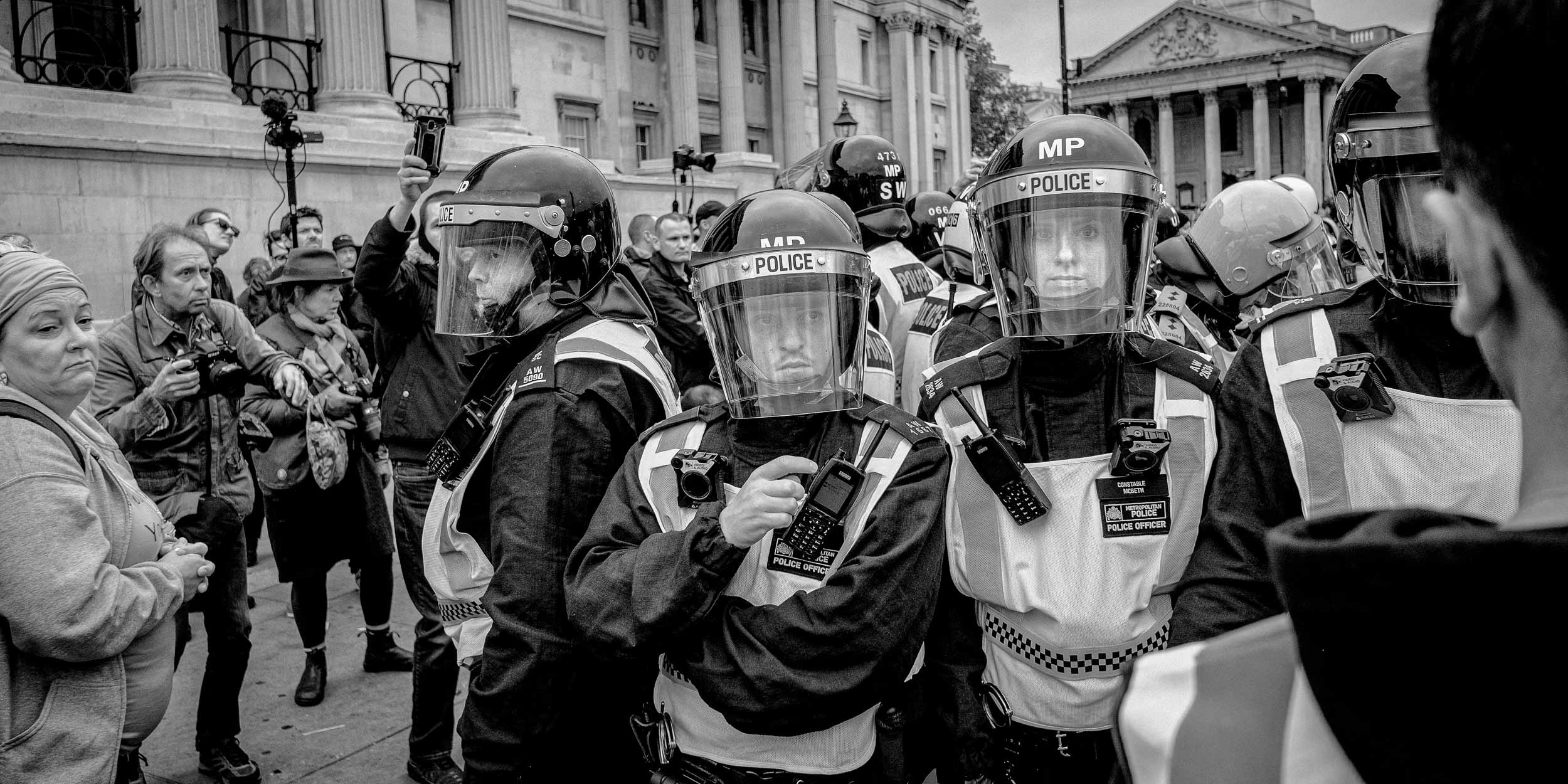 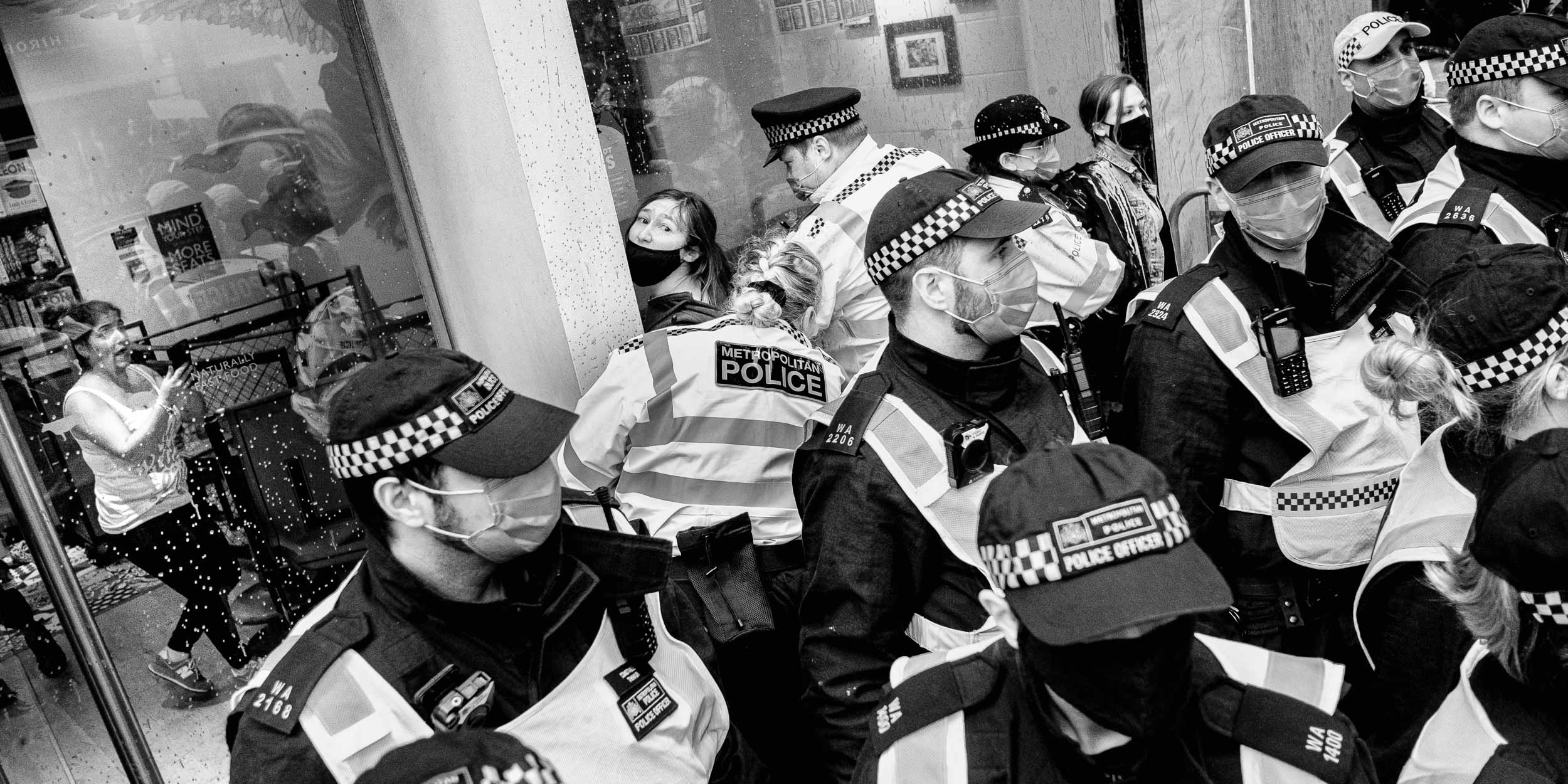 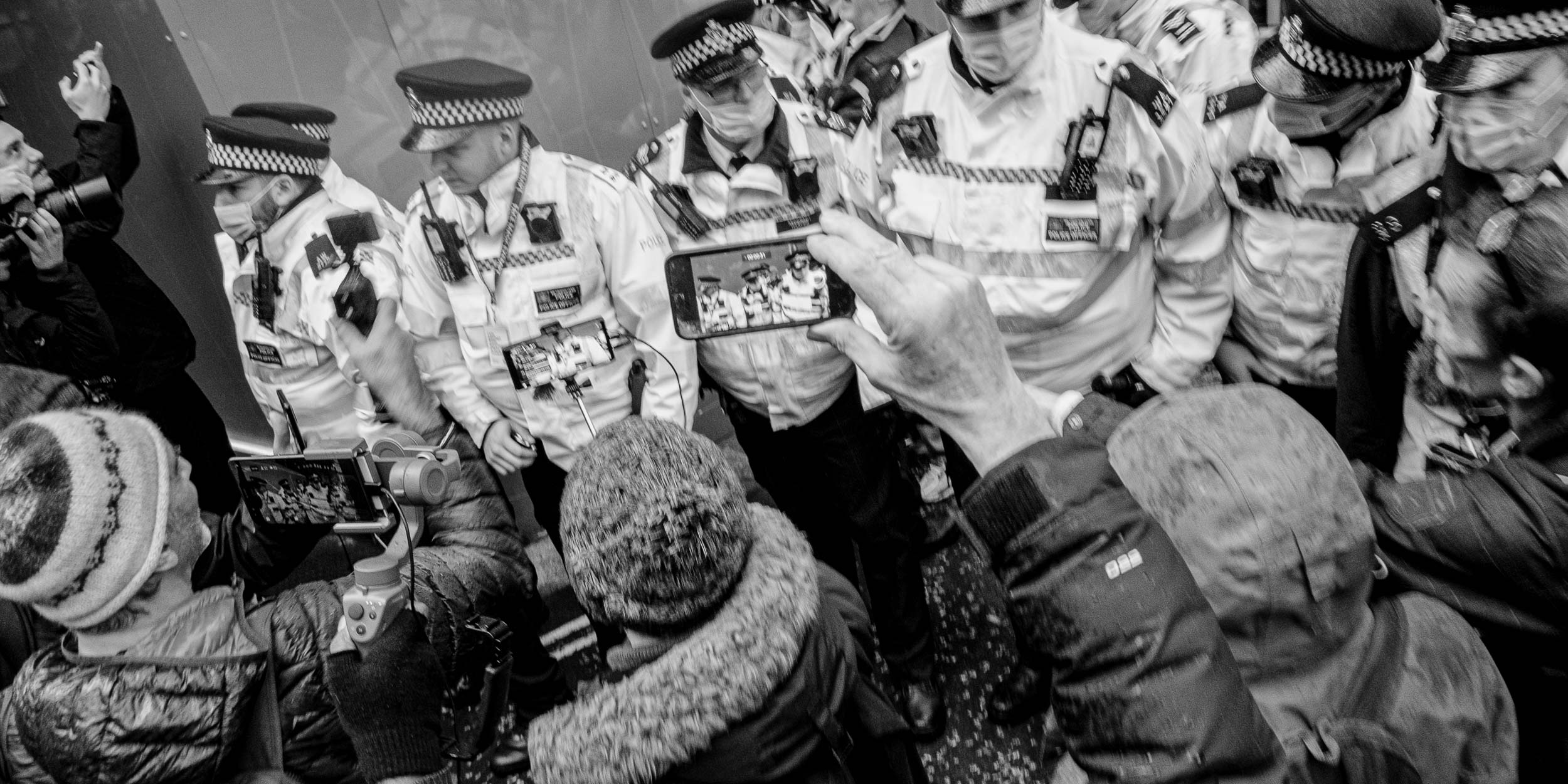 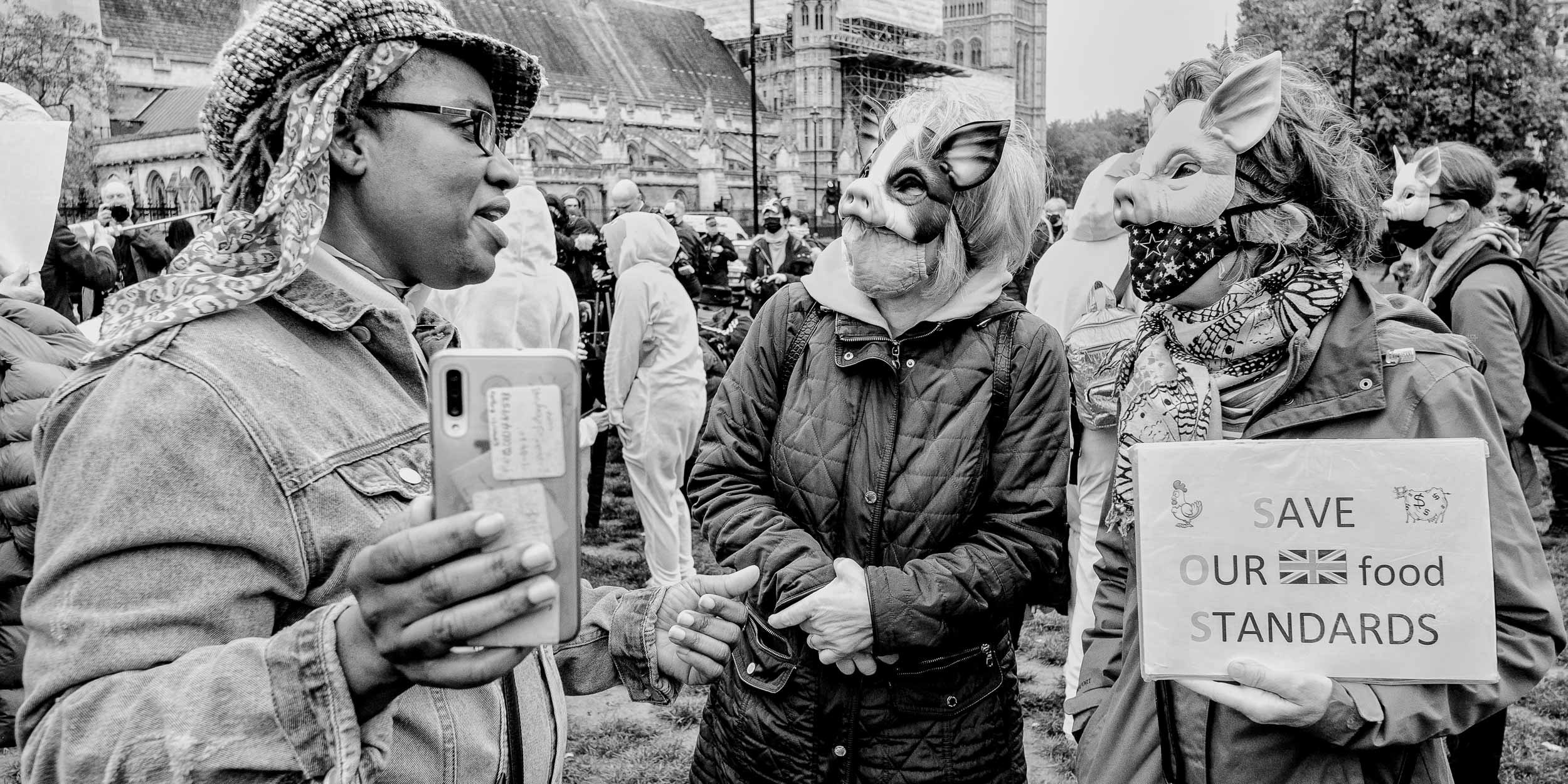 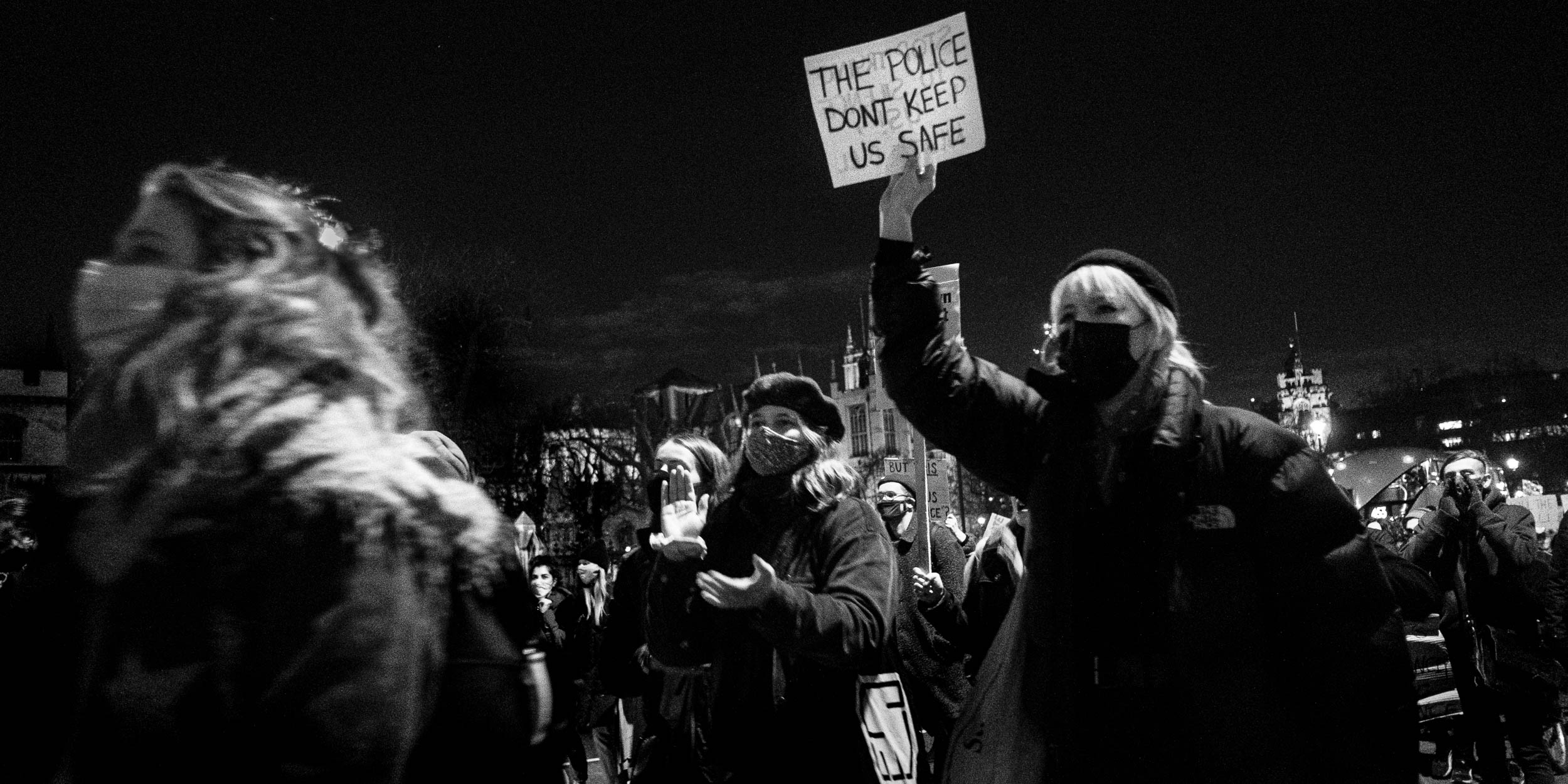 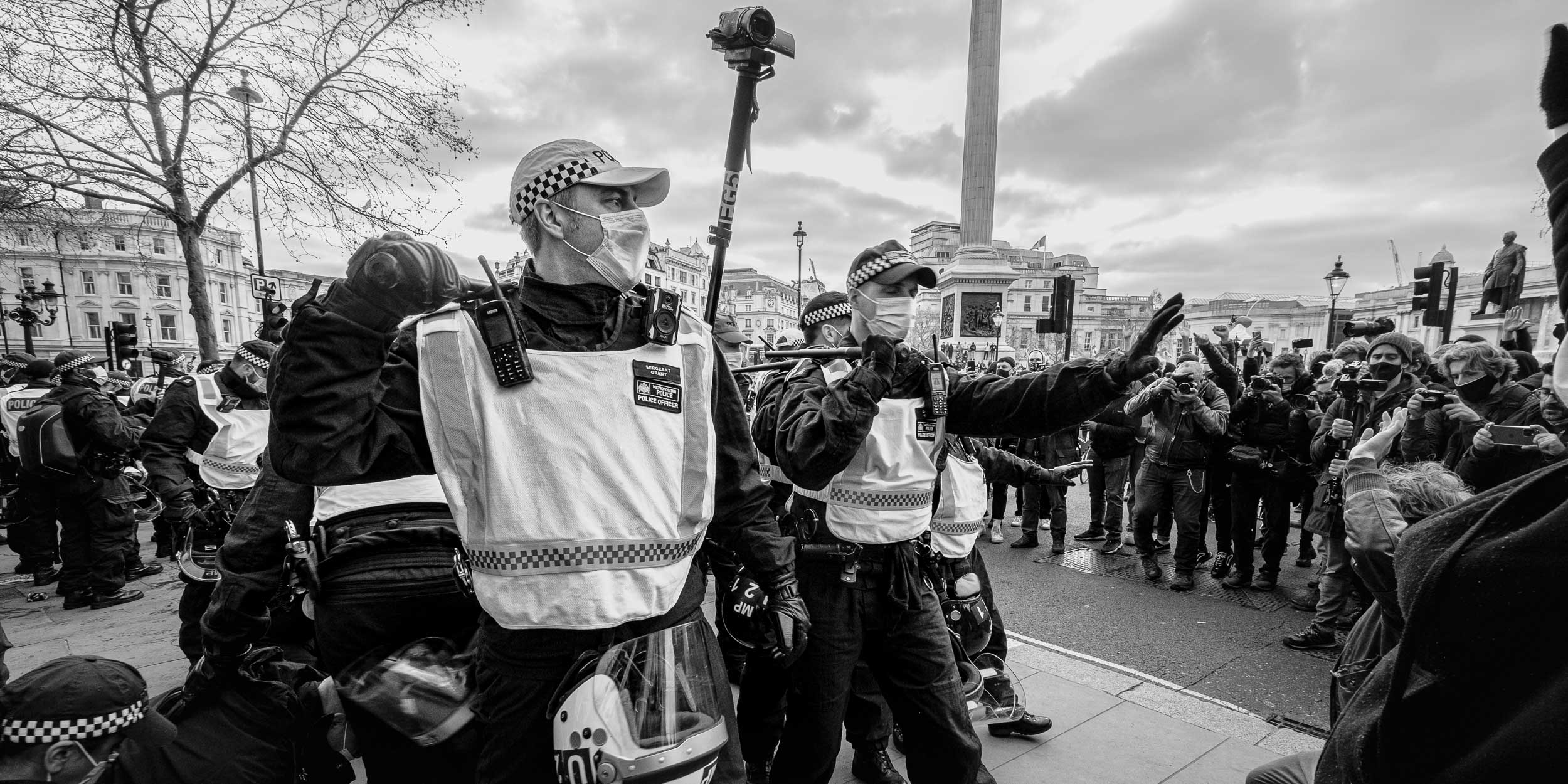 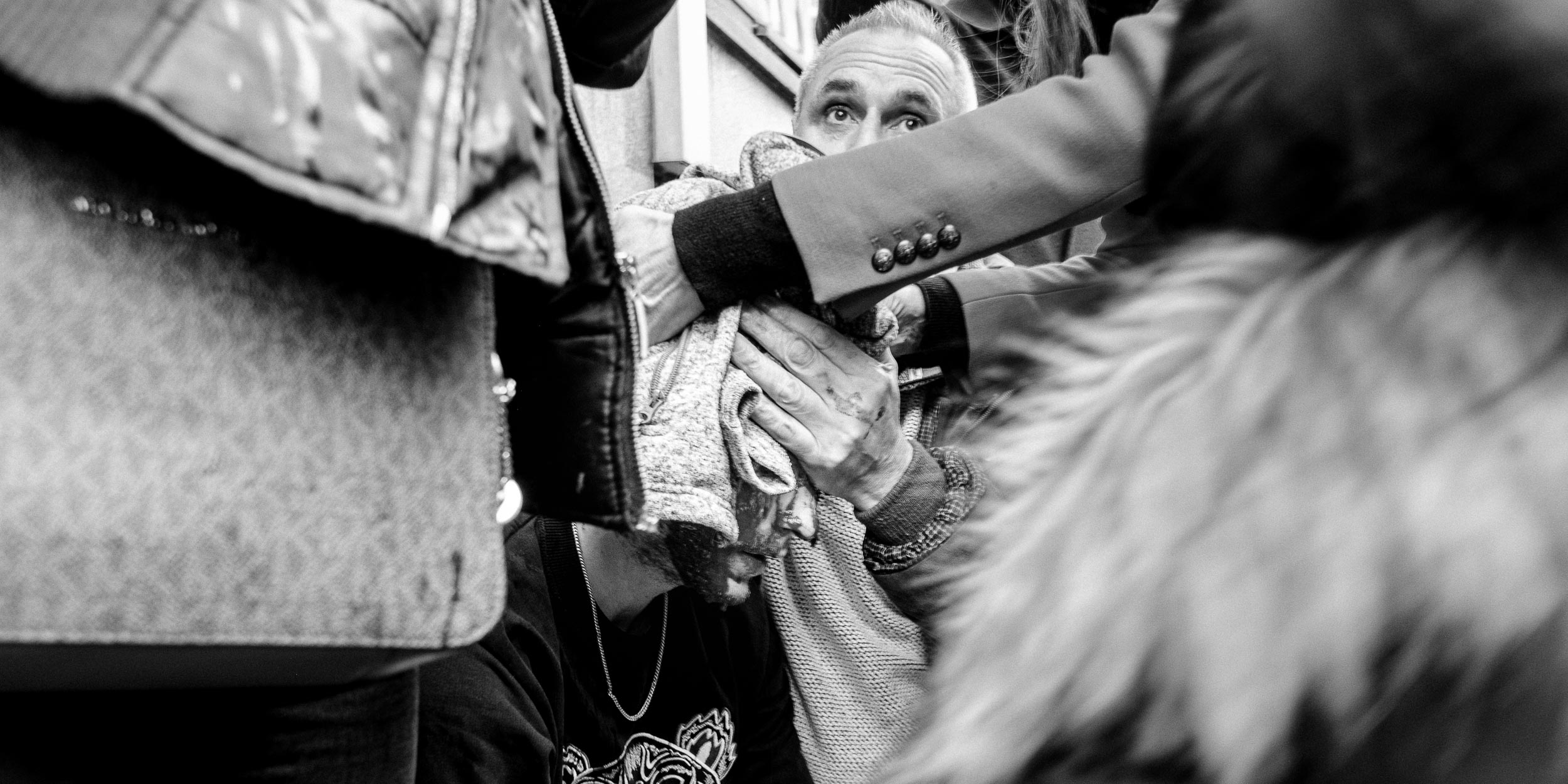 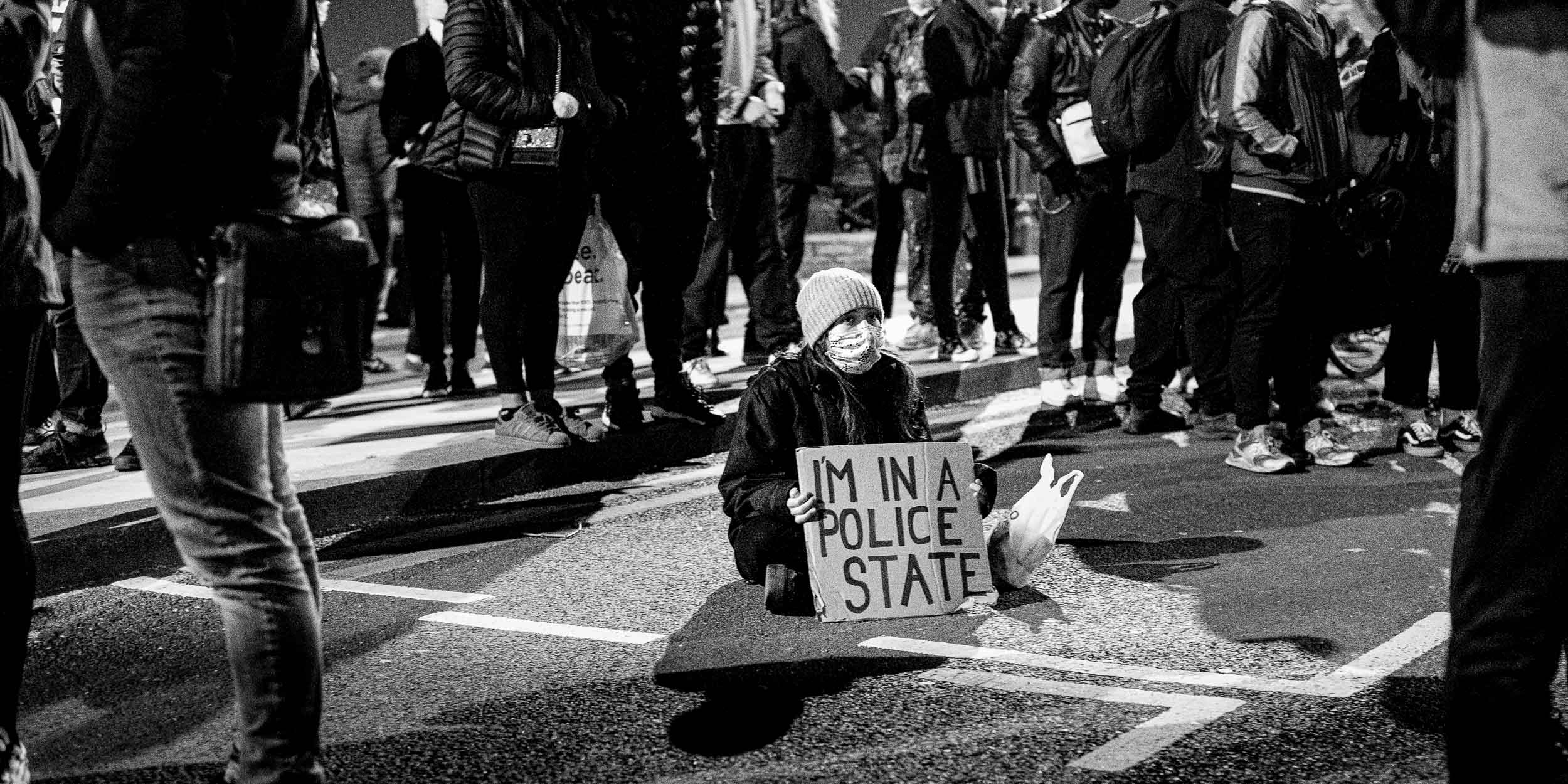